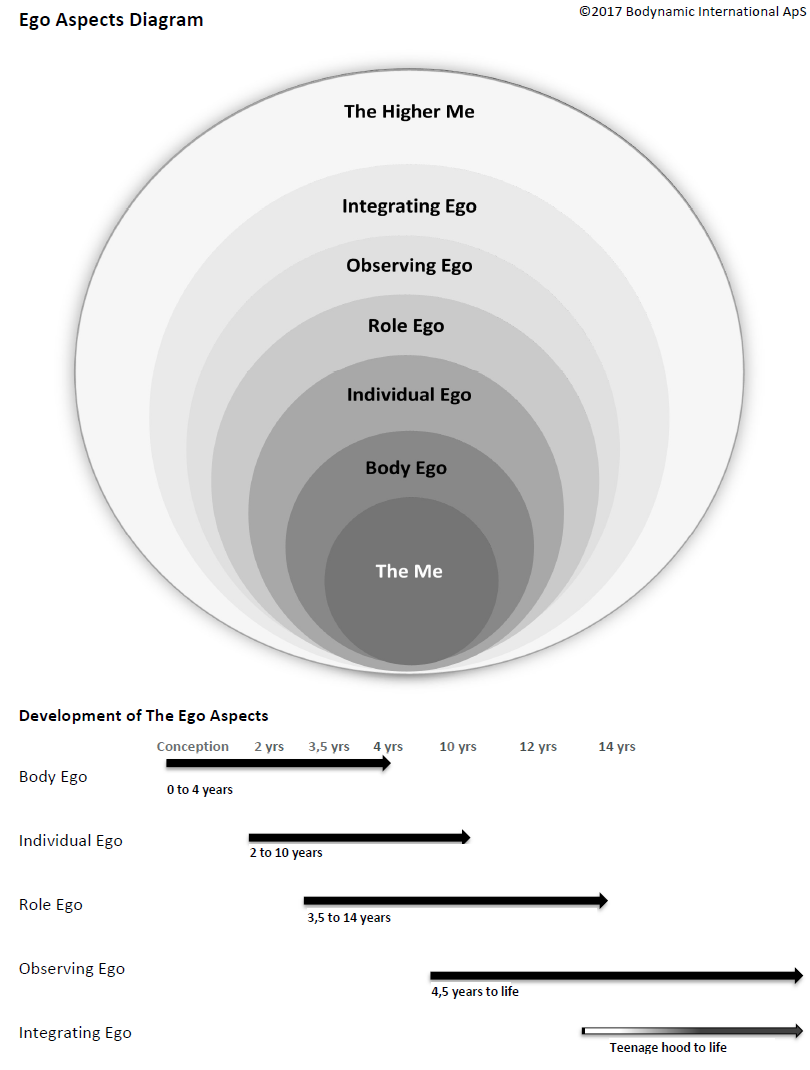 The entire graphic is a picture of a personality: 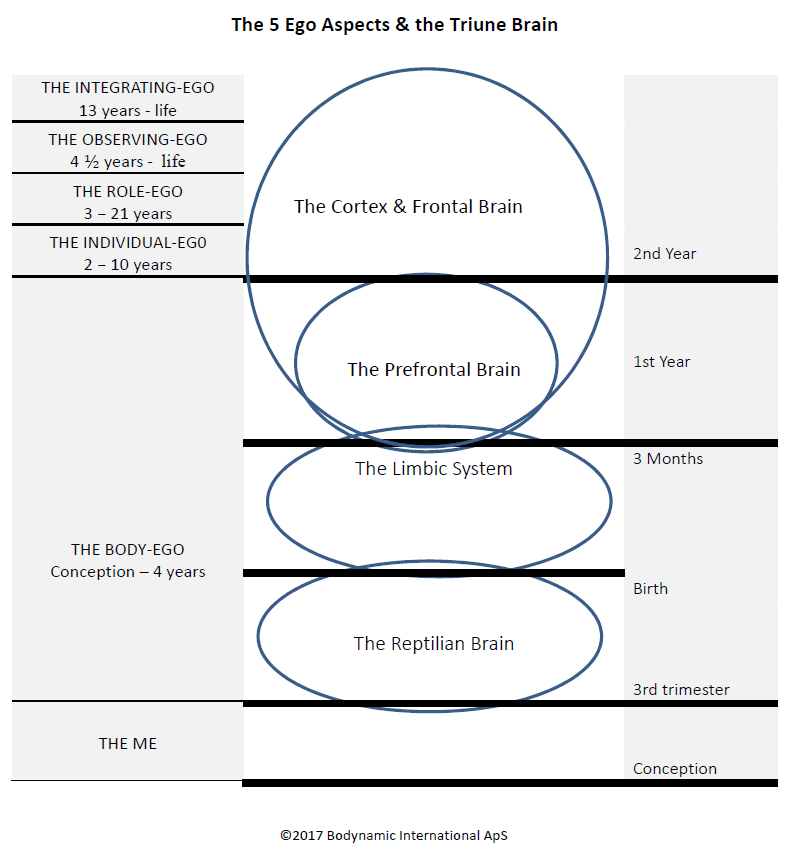 If the problem is in the Individual Ego, you need to mix body and mind. By this I mean that you have to keep an eye on your emotions, your intentions and actions (including mimic, voice, role and movements) – and observe how the other person is impacted. At the same time keep sensing your body and also verbalize what you sense.

If the problem is “only” in the Body Ego, we have to use the body to get a larger “animal-foundation” in the Observing Ego – not only touching it physically, but also making the client sense it. The child must all the time sense the body and the emotions in the body. This builds the foundation of the body, which then functions as a container for all emotions, energy build up and impulses.

A person can never stop the development of the Ego Aspects. If we imagine that a child has developed a healthy Body Ego over his first 4 years, it will still continue to develop beyond this age level. However, whatever happens after four years of age cannot disturb the foundation. The exception is if a shock trauma happens – this is the only thing that can disturb the existing foundation.

The same goes for the other Ego Aspects. They never stop developing and if they are originally healthy their fundamental resources can never be shattered except through a shock trauma.

The Me acts without delay from the cognitive consciousness. The concept of the Me includes subjective and all the bodily functions and mental processes that are not initiated or directed by the ego.

When you have to respond quickly, or act so fast that there is not time to think about it, the Me steps in. It can act and make clear decisions without thinking.

The following knowledge is used by the Me:
Genetic knowledge/instinct/reflex system/automatic skills (those skills trained repetitively, so frequently that they become automatic, like riding a bike) and the collective unconscious/ spirituality. New knowledge is formed through any combination of at least two of these systems.